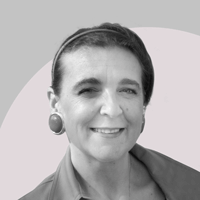 Member of: PTR - Polish Rheumatological Association and founder of PTTS – Polish Association of Sport Traumatology; one of two Polish members of ACR - American College of

The only one Polish representative of global group G-CAN - Gout, Hyperuricemia and Crystal-Associated Disease Network, founded in 2015.

For 3 years the only one European participant of the conference on Preventive and Integrative Medicine organized by Cleveland Clinic.

Originator and Head of Scientific and Organizig Committees of the Firs Nationwide Conference of Preventive and Personalized Medicine, which took place in Warsaw in April 2016 under the auspices of (among others): Minister of Health, the President of the NRL and the Rector of the Medical University of Warsaw, addressed to medical professionals (mainly doctors) and open public.

In cooperation with CEMED (Medical Education Center) in 2008 and 2012 she organized and was science director of symposiums for orthopedists: “Rheumatological reasons of failures in orthopedics – Rheumatology for orthopedists in a nutshell”.

Co-author of the chapter on rheumatological diseases in “Kardionefrologia”.

Lecturer during different medical conferences and symposiums and courses CMKP.

Author and co-author of many publications in polish and foreign literature.

Participant of many European (EULAR - European League Against Rheumatism) and worldwide (ACR – American College of Rheumatology) rheumatological congresses and course at Harvard University, Boston (2015) and the first in Europe course AFMCP organized in London (2011) by IFM (Institute for Functional Medicine), and also congresses on osteoporosis and osteoarthrisis, which allows her to update her knowledge systematically.

Lately, originator and author interdisciplinary project “Recepta na długowieczność” realized by Center of Nutrition Medicine and Lifestyle with NZOZ ORLIK in Warsaw since fall of 2016 under the patronage of “Wprost”.