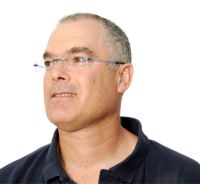 Dr Samet has been toaching predoctoral and postdoctoral students in prosthodontics since his graduation, contributing to the evolution of the curriculum in prosthodontics both at the Hebrew University and at the Harvard School of Dental Medicine. He has also organized and lectured in courses focused on dental implants and treatment planning.

Dr Samet has received numerous awards recognizing his teaching, including the Distinguished Junior Faculty Award of Harvard School of Dental Medicine for 2006. He was recently honored by Harvard University as one of its Best Teachers in 2007. Dr Samet's current work consists of clinical research, teaching, and intramural practice of all phases of implants dentistry and prosthodontics.